Are Fitness Trackers Worth It?

Let's play a game.. I'll say a word then you say the first word that pops in your noggin..

Pretty easy right.. Without even thinking I know you just rattled off

Protein (If you said cookies we need to talk)

Fitness trackers have become so dang common that I can break the ice with most people by asking them how many steps they've taken that day.

I'm not a big fitness tracker guy but, like coffee, sneakers, buffalo wings, and french onion soup, I've tried enough to feel comfortable sharing my opinion with you.

I must preface this by saying me and watches don't have the best history. I buy a lot of them and wear none of them. My cousin had a Citizen watch when we were in high school and I thought it made him a complete baller. Once I could finally afford a watch that wasn't casio I bought myself a solid gold Citizen.

It didn't make me a baller..

Fast forward 20 years.. My wife washed my Apple nano and I said she could make it up to me by buying me the new iwatch.

Mistake... I should have just had her replace the nano or taken me out for sushi!

The only reason I wanted the iWatch was for the heart rate monitoring and fitness tracking capabilities. It was cool for about a week and I felt pretty hipster, but it took too long to check my heart rate and it wasn't as accurate as I would have liked (doesn't everyone wear a polar heart rate monitor and an iWatch at the same time to compare data?) Plus the fact that the battery had the lifespan of gnat = not for me.

I thought I just needed to simplify my life so I bought a fitbit. The fitbit had what I wanted in the iWatch without all the fancy stuff that confused me. It told me how many steps I took and it let me talk trash to my wife which is always a bonus. I had fun with it for about 3 weeks until it died on me. I wrote the company and they sent me a replacement at no cost. Points for customer service. Two weeks later it lost it's novelty and it has remained on my shelf ever since. I will say that it was nice to have the sleep monitoring, but if that's what you're looking for there's better options in the market.. Overall if you like simple things, you're not too competitive, and you only care about seeing daily activity but not necessarily effort, fitbit might be for you..

But don't be this couple

Or the guy we saw on a 5 hour flight that looked like Arsenio Hall the. whole. time.

When it comes to heart rate monitors Polar is always a solid go-to, quality product, reputable, and versatile. The Polar H7 pairs up with just about everything in the gym. There are some nice apps you can use with it like Polar Beat, Polar Flow, and Polar Team but there was just something missing for me. As much as I tried to love it, I couldn't... We even used the group heart rate tracking system in the gym for some time. It was cool, but we needed more. 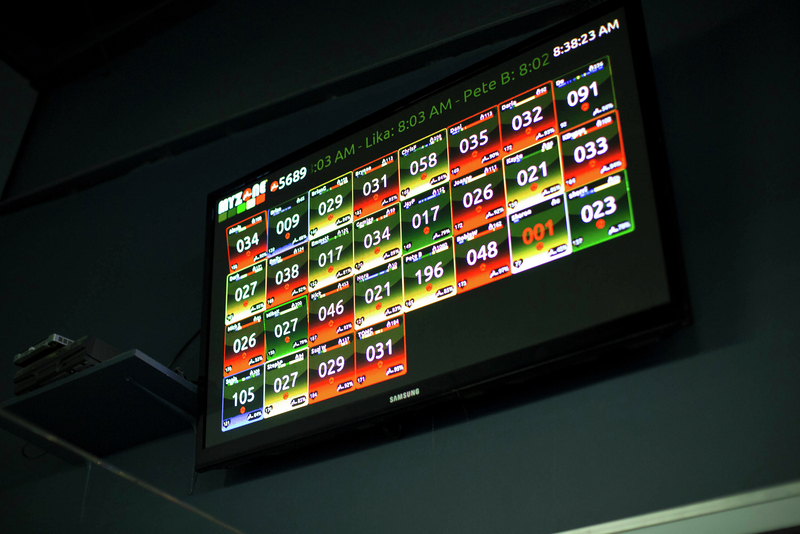 I always reserve the right to change my mind, but as of right now May 2017 I'm loving the MyZone system. It's been everything I've desired in other fitness trackers. If I had to analyze it I would say that MyZone satisfies all of my basic human needs.

It gives me certainty. It's consistent, always works, and the battery life is ridiculous!

It gives me uncertainty by allowing me to set up challenges and connect with everyone in the gym so we can encourage each other 90% of the time and talk trash 10% of the time.

It gives me significance by promoting me to the bronze badge from the iron badge and allowing me to collect “likes” on my workouts... What did our egos do before there were likes???

It give me growth. It makes me want to challenge myself to improve every week. It allows me to set goals for yourself. It also recalibrates and gets more accurate the more you use it, so that's cool.

It gives me contribution. This month we are doing a MEP challenge. MEPs are the little points you get for having your heart rate elevated. Every MEP is a bragging right. They're like gold around the gym. So this month we'll be doing a workout where we'll add up everyone's MEPs and donate 10cents to charity for every MEP.

The coolest part of the myzone system is that you are connected to everyone in the gym and whenever someone walks in the gym I can see if they're nervous because their high heart rate pops up immediately on the screens. I kid... The for seriously best part is that it can be used in and out of the gym. I can coach people through heart rate zones in New York by just logging into the app and seeing the details of their training. It also stores all the data on the device so you don't need to have your phone with you while your hiking, biking, etc...

In our group classes we set target heart rates for each exercise which is nice when you want to make sure everyone is pushing hard enough. It also let's us individualize our group training. Someone who's more conditioned is going to recover faster and be able to repeat an exercise faster than someone who may not be as conditioned. So as cool as it is too see people's heart rates going up into the red, it's also cool to see heart rate recovery rate improve as people's fitness level improves.

MyZone is first fitness tracker I've owned that really does make me want to be more consistent with my training. No one wants to miss an opportunity to miss getting some MEPs

So are fitness trackers worth it? I'd say yes...if you can find one that fits your personality.

If you want my vote on which one to get it's MyZone, but if you have multiple personality disorder, a big bank account, or you're a gadget hound like Gary Young buy them all 🙂

Are you goals adding value to your life?

Are you goals adding value to your life?

The Role Of Your Personal Trainer

Can Eating Healthy Make You Feel Bad At First?

About Us
Client Stories